Showing posts from February, 2015
Show all

Title: 총각네 야채가게 / Chonggakne Yachaegage Genre: Melodrama, comedy, romance Episodes: 24 Broadcast network: Channel A Broadcast period: Dec-2011 to Mar-2012 Disappointing, really. Still adore Ji Chang wook, though :D He did a terrific job holding this one up despite its numerous flaws and fails. It is supposed to be based (even loosely) on a real-life scenario about a man who ended up owning a chain of vegetable stores -- but that never turns out to be the case. What it IS about is a young guy, his younger sister, and an orphan girl who befriend one another, and then the orphan girl befriends some snobby girl with a crazy omanee. The crazy omanee is biding her time in a lesser-valued neighborhood until her Chaebol lover ditches his arranged-marriage wife and returns to her and their daughter. The orphan girl is so desperate for 'family' that she allows herself to be degraded and cheapens herself by dissing her two good friends in order to be able to hang
Post a Comment
Read more 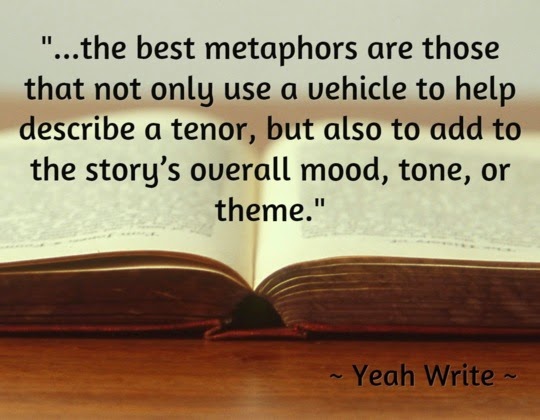 Since it came up a few times in critique of my work, I did some studying / reading up on show vs. tell. Until now, I've mistakenly assumed it meant tell: author speaks, show: character speaks. What I discovered, along with some pretty hilarious examples, is that show is actually metaphor/simile, and the reason why it is an issue in my own writing is because I don't like it. Just think LIKE and AS and you get the idea. Her memories were lost forever like the treasures buried with the Titanic. As she kissed her way down his manly chest, he felt his Amalgamated Crane Company stock increasing in value. I'm borrowing some interesting  show  from  The Daily Blowhole  since I suck at coming up with my own or remembering any from every body of work I've ever read. Metaphors can be good, however, and should be used once in awhile to convey a deeper, more tangible meaning to whatever is occurring or being seen/discovered in a key scene. A thought that bears com
Post a Comment
Read more 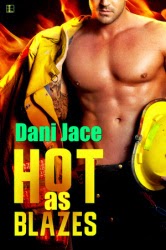 Thank you for hopping over after visiting with Dani Jace .  While you were there, I hope you checked out her Books tab. Besides an upcoming release this summer, Hot as Blazes   is still available on Amazon . When the Heat Gets Started . . . JoAnn Mercer was on the verge of surfer stardom when her career took a nosedive thanks to a backstabbing ex. Now she’s back home in the Outer Banks of North Carolina, staying clear of men, desperately in need of a job. Joining the local firefighting squad seems like the perfect solution, until she realizes one of her coworkers is an old crush. It Will Never Stop . . .  Ray Andrews never runs away from a fight. He served his country in Iraq, and he’s battled more fires than he can count. But what he can’t fight is the desire burning between him and JoAnn Mercer. He’s wanted Jo for as long as he can remember, but a promise made years ago has kept them apart. Finally free of obligations, Ray is ready to prove he’s the only man for Jo. But after
12 comments
Read more

Around the Way Girl 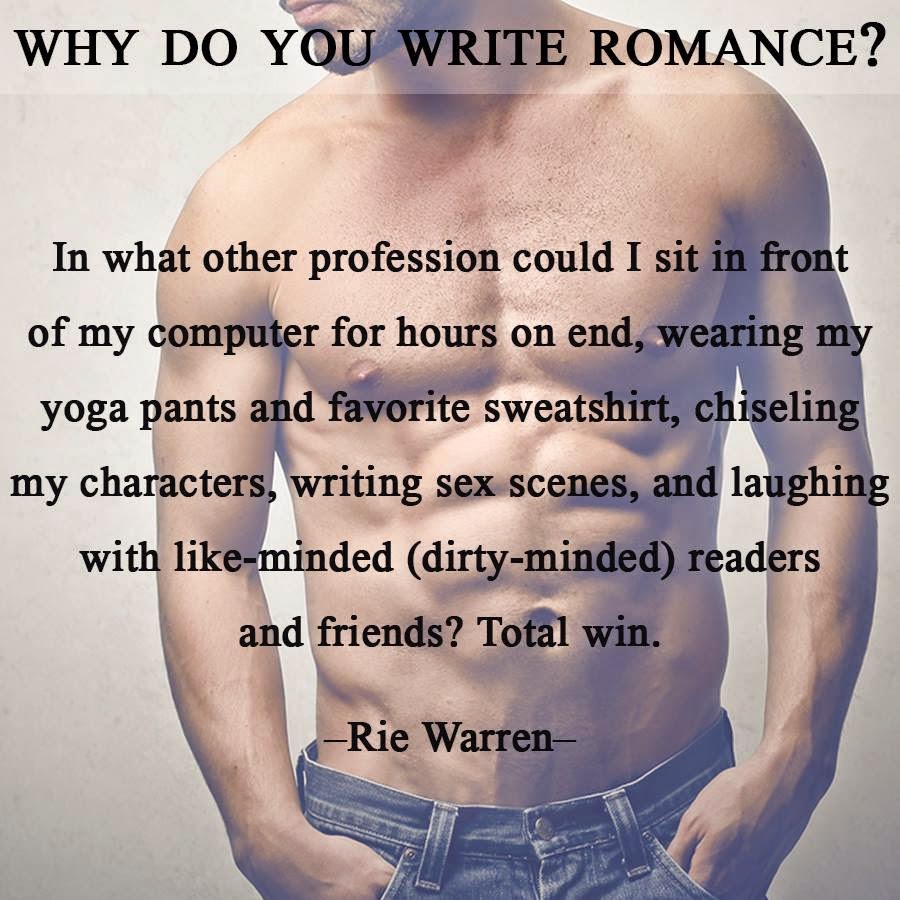 Last week was one of those shitty, everything that could possibly go wrong did, kind of weeks -- with a disgusting, agonizing flourish. Found out I can't afford car insurance, so I'm without wheels. My boss/friend accused me of lying AND cheating him with my monthly pay. Then, and on three separate but eerily close occasions, I got thrown under the bus online for innocent oops's on my part and which could have been avoided had the upset parties PM'd me instead of ranting in public. It's also two days away from the dreaded love-fest otherwise referred to as Valentine's Day. When my mind is troubled, it's too hard to concentrate on anything else even if doing just that is part of the cure. I know better, in other words, and yet a few days  nights are still spent wasted, and with me munching on potato chips while watching Asian dramas instead of doing what needs to be done -- like writing the next novel. Instead of escaping to dramaland, I sho
Post a Comment
Read more 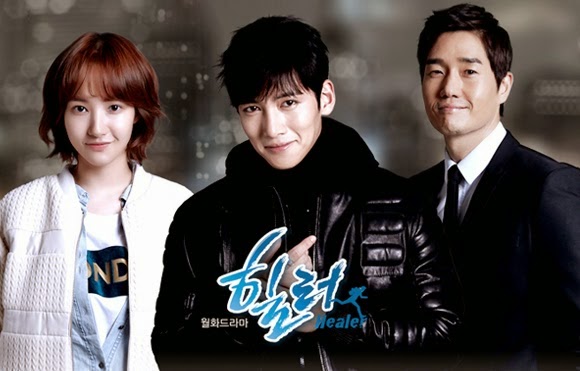 Title: 힐러 / Hilleo Genre: Romance, comedy, thriller, action Episodes: 20 Broadcast network: KBS2 Broadcast period: Dec, 2014 to Feb, 2015 Finished watching this afternoon, and like a terrific book you can't wait to finish in order to find out how it all works out, I felt the same way about Healer . Bad thing about that is, like a good book, when you do get to the end, you're sad to know it's over even if you were looking forward to the end! Man, was this good. The plot . . . I'll quote the KBS source first . . . A mysterious messenger of the 22nd century, an online newspaper reporter who only concerns her own interests, a popular reporter who agonizes over the truth and reality. When these three people meet, a passionate romance starts and the truths from the past and present reveal themselves to the world. This drama features young people and how they grow into real reporters. and then say (like per usual) it doesn't make much sense and
Post a Comment
Read more 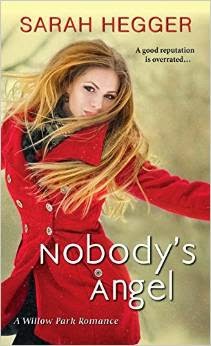 Kensington, March 2015 Imprint:  Zebra ISBN:9781420137408 Recently finished reading the second book from Sarah Hegger ( Sweet Bea was the first). The synopsis was written so beautifully that I was immediately captivated by the story line about a girl-gone-wild who runs away after burning both sides of the same bridge and then returns to her fictitious hometown in an attempt to try and make amends. Nobody's Angel was a well-written Contemporary Romance with believable characters and even more believable instances in both of their lives. Lucy Flint left Willow Park after having hurt quite a few people, including Richard, now a prominent doctor in the midst of a marriage break-up upon Lucy's unexpected return. She comes from a dysfunctional home that is meant to imply her reasons for behaving as she had, but the truth and sometimes even the lies can run much deeper than the well-guarded surface she knows needs to crack and be exposed if she hopes to suc
Post a Comment
Read more 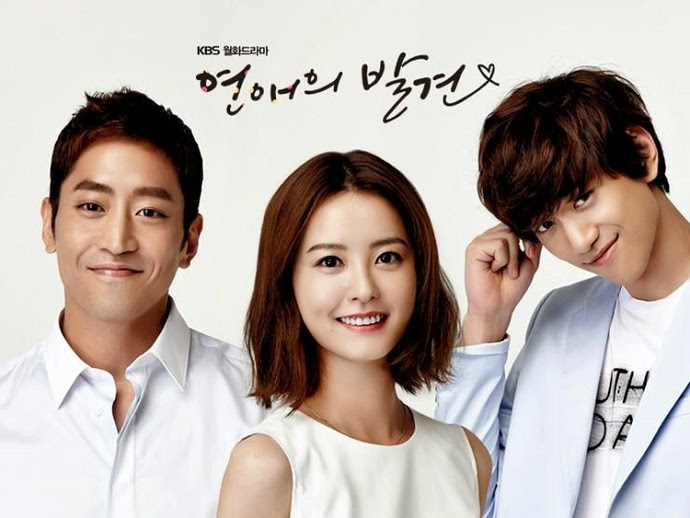 연애의 발견 / Yeonaeui Balgyeon Genre: Romance, comedy Episodes: 16 Broadcast network: KBS2 Broadcast period:  Aug  to  Oct,  2014 My Rating: This was good. Surprisingly good. I didn't like the leading lady much, but she did an excellent job of portraying the character's messed up personality. I just wasn't all that convinced that she was deserving or attractive enough to have not one but two hot, successful men after her. The chemistry wasn't there in either relationship, but I'm getting ahead of myself. If you haven't seen it yet, this is a rom-com with more rom than com, but with enough com to make me laugh through  at least  the first half. It's about a woman who experiences love at first sight and sticks with this guy (Eric) for over five years when things go south and they break up. Three years later, she meets another hot guy (Seong jun) and the same thing happens again -- instant attraction, hook-up, and romance. A little mor
Post a Comment
Read more

I hope you hopped over here after visiting with J.J. Devine . T his time I'd like to plug an anthology she's involved with through her publisher, SoulMate.  The title is A Soulmate for Christmas , and by clicking on the title, you'll be taken to the author support page. J.J.'s story, A VAMPIRE FOR YULE, is about " . . . Two lonely hearts come together during the holidays and discover their destiny." Sounds sweet! Brenda Margriet is back just in time to set the task of asking: How do you choose the setting for your book? Does where you live inspire you? This can apply even to books set in paranormal worlds - what do you use from "real life"? You can find one of her novels, Mountain Fire , up for review on Goodreads , with links to buy. " A mountaintop mystery leads two conservationists to dangerous obsessions and violent passions " Both featured novels are in my TBR pile :D Now to answer Brenda's questions.
3 comments
Read more

A Novel Competition for Romance Writers

February 01, 2015
Kensington & Wattpad Partner for Romance Competition. Details  here . The competition is open to any previously unpublished author of romance fiction who joins Wattpad. The grand prize winner of contest will receive a publishing contract from Kensington and their novel will be published in both print and digital formats under Kensington’s new imprint, Zebra Shout. From what I've heard recently, using Wattpad to submit unpublished work and have it read for free by their claimed 40 Million users isn't as risky as it used to be. They offer users the ability to add All Rights Reserved to their work so as to avoid plagiarism and theft. Still, in that 40m, there has to be at least one fool willing to take a risk, eh? On the other hand, I can't think of a better, more fun way to get recognized for our work, hard effort, and talent, can you? We have until the 23rd of February to submit the 5,000 words and a synopsis, and this is only open to new Wattpad users, btw. I t
Post a Comment
Read more 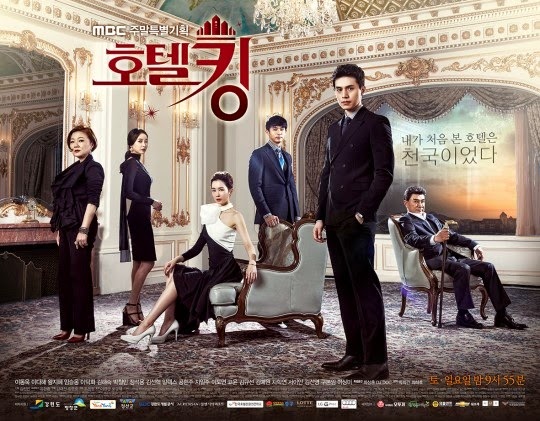 As the snow continues to fall here in Michigan, with more than a foot of it expected through the overnight hours and nearly a foot of it on the ground as I type, now is probably as good a time as any to write a review. So, I finally finished the 32-episode Korean drama Hotel King today. That's right, I typed 32-episodes. It was another of their drawn-out-deliberately dramas based entirely on ratings and not because the story needed that much time to be told. Still, it wasn't so bad, or at least not so bad or tiring that I even once felt compelled to skip episodes just to get the thing over & done with, which says something, I think. It was about a guy who started out in a rough situation after being adopted by Americans and then left on the 'mean streets' to fend for himself (LOL). By age 11, he is picked up by a Korean man who claims to know the boy's background, and that it is the boy's duty to get revenge against the father who abandoned
Post a Comment
Read more
More posts