One - Just ONE of My Favorites (I've Written) #MFRWauthor


Hello, everyone, and welcome to the 2018 Edition of MFRW Author Blog 52-Week Challenge.

Our First Challenge is: Favorite Thing I've Written, and Why

And right off the bat, we have another tough challenge to deal with today.

Personally, I choose ALL THE THINGS I write as my Favorite. 😁

Which is why I write.

Because writing is my Favorite thing to do.

All of my ideas, my characters, their personality issues, and the road I've paved ahead for them are Favorites.

My very Favorite of all is that my stories involve ROMANCE and LOVE.

But, to be fair, I'll narrow them all down (published and non) to one story for this post.

My Favorite 'Thing' and WHY it is my Favorite:


Awhile back I wrote a Blog Post about this story, but here is an abridged version for this Challenge.

This is a Fantasy Romance I'm still working on (rough draft) that refuses to leave me alone even though I'm currently working on the first of a 3-Brothers Contemporary Romance series.

In this rough draft, which I never got too far on, the H is handsome and clueless as ever, brand new to a far-off planet and struggling to take it all in while wrestling with not only his mother's death but his having just learned of her being an alien.

On earth, he was a Bush Pilot up in Alaska and made a decent living while enjoying the company of a few close friends, a girl who had long ago agreed not to expect anything from him, and his lucrative business carting rich kids off to hiking spots, ski trails, and aurora sighting locations while also delivering medicine and supplies to those living in more remote areas while ALSO on the look-out for things like brush fires, potential avalanche issues, and stranded or injured wilderness seekers.
One day, his mother begs him to fly her to a mountain range northwest of his Talkeetna home.
As the two make their way up a snowy mountain path, she confesses to her only son about her reason for being on Earth, and that she wishes to return after her death.
He's shocked, but more about her claiming to be dying than anything else. 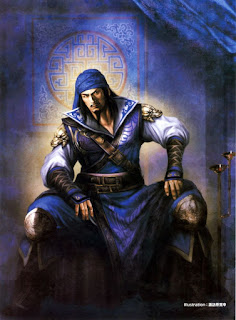 He'd always known something was strange about not just his mother but his parent's quiet relationship, the seemingly major age difference between her and his father, who died five years ago an old man while his mother remained the same.
He'd been able to sense things prior to their occurring, and his ability to deflect objects was something he'd needed time and patience to tame as well as conceal.
He certainly didn't want his mother to die, though, and he definitely didn't want her to vanish into thin air, leaving no trace of herself for him to mourn afterwards.
She collapses against her son and the two end up on the snowy ground, he holding her close to his chest and shedding tears while she smiles and weakly tells the rest of her sad, somewhat terrifying tale of woe, abandonment for the sake of the realm, and a stubborn determination to have her way.
He had always noticed a faint red glow surrounding his mother, and now that red glow had changed to an alarming green.
"If all is well where I'm from," she tells him, clinging to his strong arm, "They'll come for you. Don't be afraid. Your rightful place is with them as their ruler."

He's confused and angry and still determined to keep the woman alive when he notices dark figures appear out of nowhere to surround them.
There isn't enough time to rise up, much less protest when darkness cloaks him, and in another instant, he's on another planet.

This Hero hasn't even got a name yet, but he is my Favorite character (for this post).

There's just something about him and his story, the journey I intend to take him on, and the love I want for him to experience, are exciting at the mere thought of bringing it all to life.

The world I'm creating for him and that woman are also why it is a Favorite, because like the world-building aspect of this particular story, I am strangely emotionally attached to these two (and I still don't know why!)

The idea for this one is actually derived, in part, from a few of the video games I've played over the years.

OLD video games played on a PS2, by the way.

The color, the sparkle, the imagination, and the what-if aspects of those games worked to help fill my head as I played until a seemingly consistent story line developed and this is it!

I'm always anxious to check in on this WIP and continue to take notes, but I also know that now is not the time.

This one is going to require a lot of attention, and right now it just isn't possible because of Real Life issues that will (hopefully) die down in the not-too-distant future.

So, I chose to concentrate on the Brothers and their CR tales instead.

One of them was a contender for this post, actually, but my Fantasy is what I chose to talk about today.

Thanks for stopping by and reading my contribution!

Please scroll down to the LinkyLink tool and click on the next in line for this Hop to discover what their Personal Favorite story is. 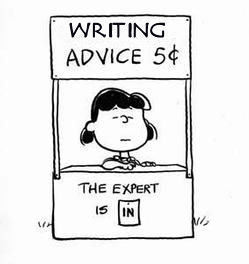 Hello, again! Before I delve into this week's Challenge Question, I'd like to share a little 'funny' with y'all, if you don't mind. It kind of falls in line with today's topic, I think. While subbing for a 5th grade class this afternoon (it's Thursday) I saw a Goes Home announcement on the teacher's desk. The school is having a Bagel Drive, and it read as follows: "All you have to do is (comma) bring in a dollar and turn it into your teacher." Welcome back for Week Eight of the MFRW Author Blog's 52-Week Blog Challenge . This week we are asked to discuss: The Worst Writing Advice I've Gotten And, like always, I have to remark on that word, Gotten . Blech. I gave it a better word in my Title, though. This week's Challenge Question is both great and evil for me, but I'll try very hard not to expound on the Evil (as in, I'll TRY). Just know I'm fully aware of the fact that I'm a
Read more